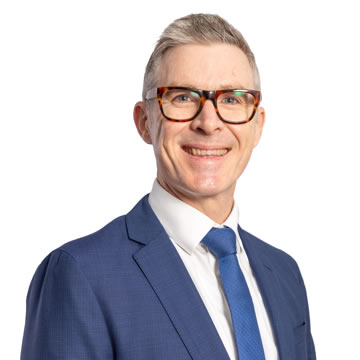 Dr Malone commenced consultant urological practice in 2003 with the Brisbane Urology Clinic. In this time, he has continued to develop his special interests of robotic surgery, and prosthetic surgery for severe impotence and urinary incontinence in men, as well as continuing to undertake general urology.

Dr Malone graduated in medicine at the University of Queensland in 1992. Junior medical training was undertaken in Cairns and Innisfail. Advanced surgical training was undertaken in Brisbane. In 1998 Dr Malone undertook a Masters of Medical Science degree with the University of Queensland. This research focused on urinary tract cancer, with an emphasis on pathways of cancer spread (metastasis).

Dr Malone completed his fellowship examinations and training with the Royal Australasian College of Surgeons (Urology) in 2001.

In 2002 Dr Malone undertook post-fellowship training at the prestigious Institute for Urology and Nephrology in London. This fellowship focused on prostate cancer and radical prostatectomy, prosthetic urology (penile implant and rehabilitation surgery / male incontinence), endo-urology, and the management of complex stone disease.

Dr Malone performed the first robotic partial nephrectomy (kidney preservation surgery for renal cancer) in Queensland in 2010, and has now applied this surgical approach to more than 80 complex renal cancer patients. This surgical approach is also utilised for total nephrectomy plus nephroureterectomy for differing forms of kidney and urinary tract cancer. Dr Malone also uses the Da Vinci robotic surgical system in the management of other cancerous and benign urological conditions such as Robotic Vasectomy Reversal.

In 2009 Dr Malone was appointed as a mentor to American Medical Systems. This company is one of the world’s major producers of penile prostheses and male urinary incontinence devices. This role requires Dr Malone to educate and instruct fellow urologists in the techniques and practise of surgical therapy for erectile restoration and male urinary incontinence. These latter two topics are a major part of Dr Malone’s urological practice. You can find out more about Dr Malone’s expertise in penile prosthesis implantation here.

In 2015, Dr Malone was admitted to the Court of Examiners of the Royal Australasian College of Surgeons. This position entrusts admitted members to undertake assessment of advanced urology trainees in the fellowship examination, prior to the completion of surgical training. 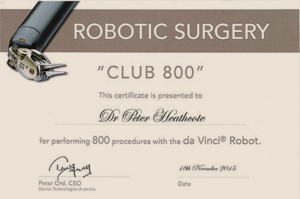